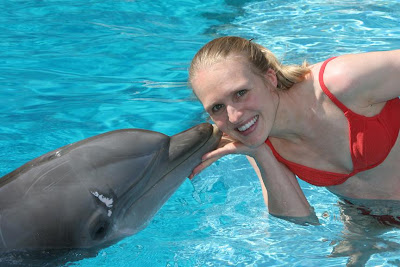 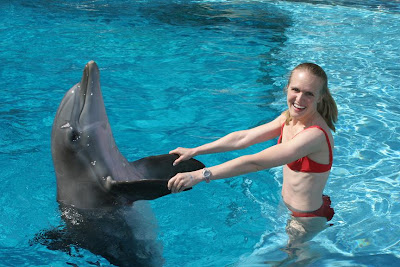 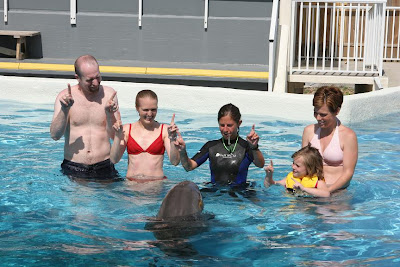 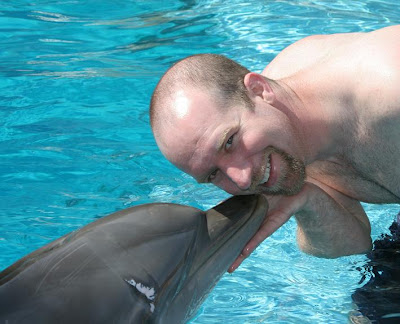 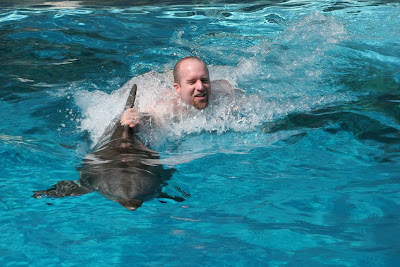 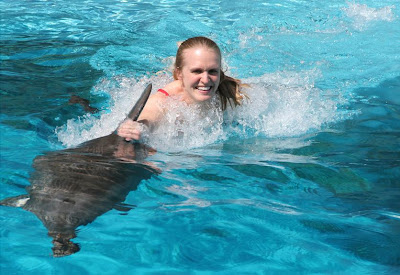 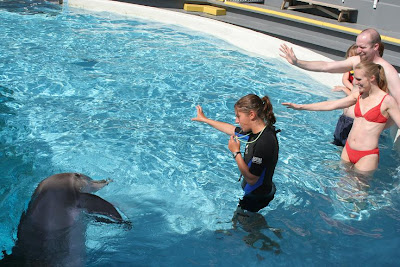 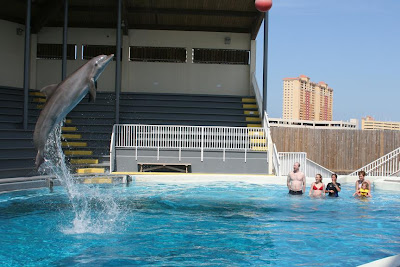 Brian and I had the wonderful opportunity to swim with dolphins this morning at the Gulf World Marine Park in Panama City, Florida! This was literally a dream come true for both of us.
The bottlenose and rough tooth dolphins at this facility are there because they are either injured and cannot be released into the wild, or they were orphaned so young that they cannot be released because they wouldn't know how to hunt. I was worried that the dolphins might be a bit depressed to not be in the wild, but I was assured by the trainers that they were very happy at the facility, and then I was able to confirm it for myself. You can tell that they are actually thrilled to be there, showing off and practically flirting with you!
We got to swim with a 3-4 year old bottlenose boy dolphin named Comet. He was a bundle of energy and they were a little worried that he wouldn't be calm enough for us to pet him, but he did great. He's supposedly a low-man on the totem pole there so he had a bunch of scratch marks on his body (from the other dolphin's teeth), and the scar above his eye is from him being too rough with a toy (but it is really just like a scab and it will heal). A dolphin's skin is amazing to feel... it's extremely soft, but has a texture, almost like a fine mesh feel to it. I could have pet him all day, if only they had let me. In addition to getting kisses and dorsel fin rides around the pool, we got to do other tricks like getting them to sing, dance, etc. What an amazing experience it was! I totally recommend it, if you have the chance.