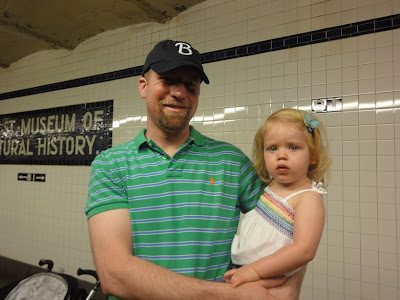 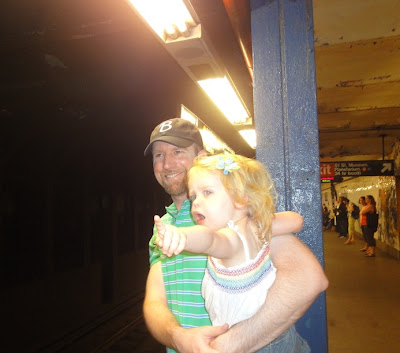 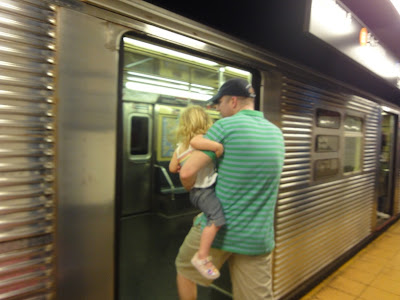 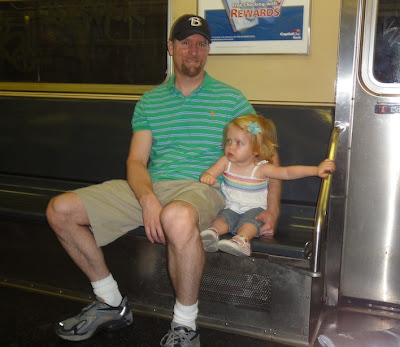 Larkin loves the subway. To her it's a "choo choo train" and it ranks really high on her list of favorite things right now. After riding the subway only one time, she remembered that it is underground, and after that, whenever we would walk by subway station steps or hear a train pass under us, she would whine "choo choo" and want to go down! Here she is getting on the subway at the 81st & Central Park West stop and taking the C train downtown to 59th Street (Columbus Circle). This was a huge treat for her. She even knows to stay behind the warning yellow line! The "choo choo" was so cool to her that we bought her a couple of NYC subway train cars (a couple of select stores sell official ones) as momentos from our trip!