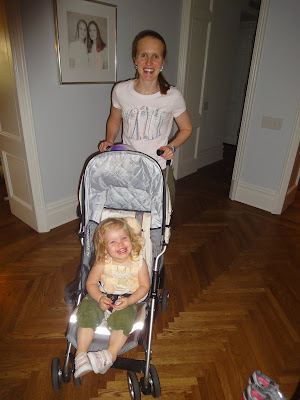 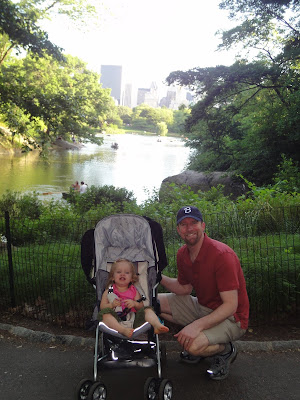 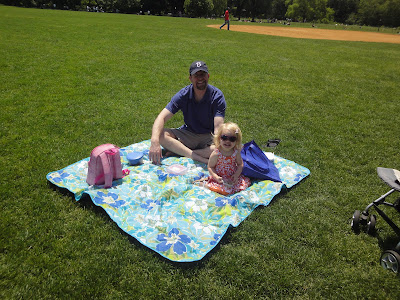 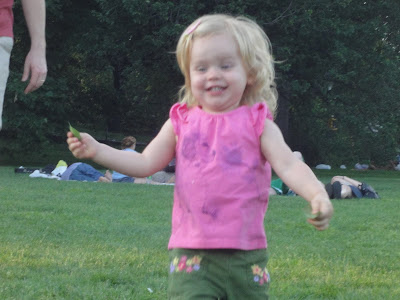 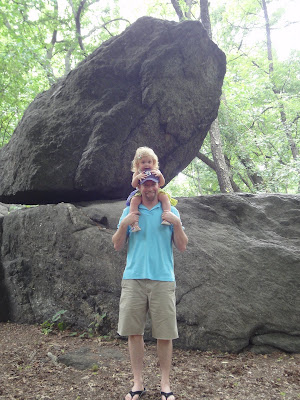 Larkin's devotions are a bit divided and I have a bit of trouble discerning where her loyalties would lie. On the one hand, she loves city life - everything about the yellow taxis, the big buses, the choo choo train subway. On the other hand, she also loves the park, Central Park in particular. I guess she just loves to be outside! But if I had to choose, I would say the park is her greater attraction. In fact, sometimes when we were in my Dad's apartment, she would climb up into her stroller and just sit there hoping we would take her to the park. It's just a bonus that we get to pass taxis, buses and a subway stop, all on the way to the park!

My Dad's place is right near the Great Lawn, so we went there to picnic and hang out several times. But there are so many great places within the park, that we did extensive walks through the park too. I love Central Park! It's amazing that you only need to go a few hundred yards into the park and you can no longer hear the streets and city life happening just yonder. This gem is truly a sanctuary for the city's citizens.

These pictures help give a small flavor of our time in Central Park. The first one is of Larkin and me, ready to head out! The next couple of Larkin and Brian are from the boat pond and the Great Lawn. The one of Larkin running is of her holding a leaf... she would run back and forth between our picnic spot and a few nearby trees, bringing us back leaves as gifts. It was a good way to let her expend a little energy! Last but not least, the final picture is of Brian and Larkin by some huge boulders in the Ramble. Here's to a NYC treasure!