Playing in the Snow

The Hampton's received ~2.5 feet of snow just a day or so before we arrived. And since it stayed so cold, a lot of it didn't melt for most of the week and a half we were there! While we spent most of the time indoors, we did venture out for some good fun in the snow.
First... the best shot... the whole family and our anatomically-correct Mr. and Mrs. Snowman! 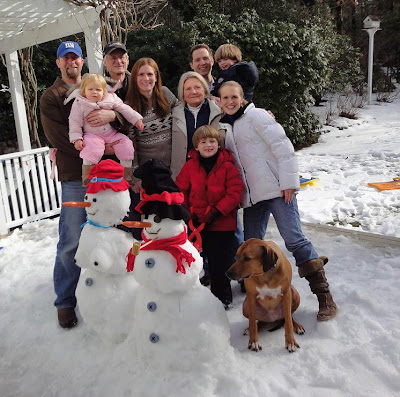 Here are a few pics of Larkin playing in the snow. She learned how to make a snow ball and seemed to prefer holding it in her bare hand. (There was a lot of mittens on and off) :) And be sure to check out the video of Brian spinning Larkin on the sled - she goes fast and she loves it! 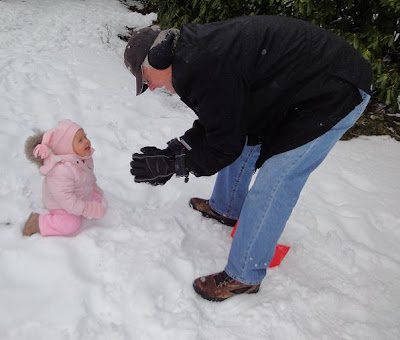 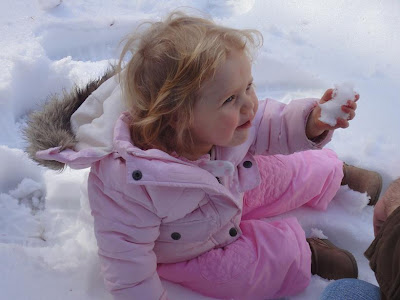 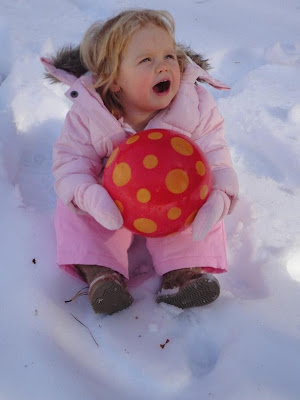 Sera wasn't sure where/how she was supposed to go to the bathroom at first, but she soon found out how to squat in the deep snow. And eventually the short-haired African dog came to love the snow and couldn't wait to be let outside for a romp! 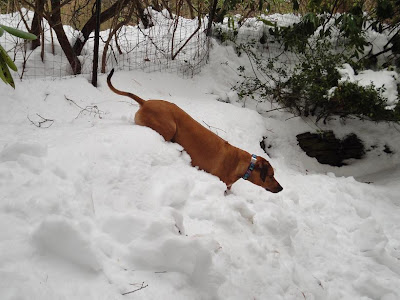 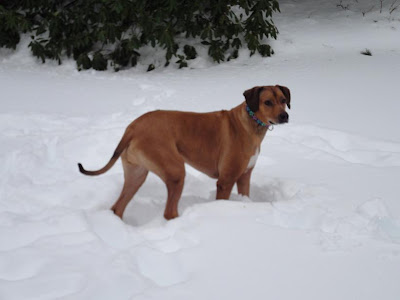 Gavin, Grandpa Bud, and Greg spent some long hours outside building a seriously impressive ice fort. It was literally as tall as Gavin and froze solid... it might be up for weeks! 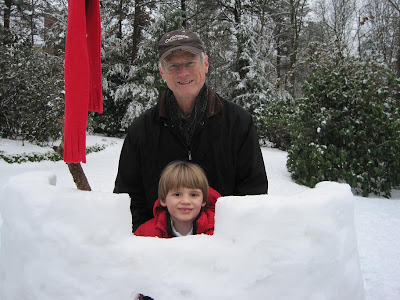 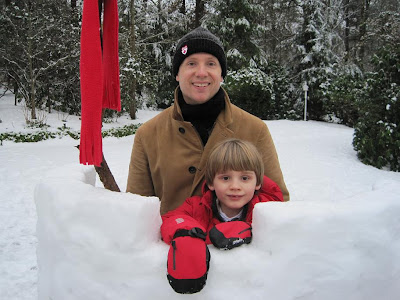 Finally, here are some pictures of Larkin and Sera during a few of our romps in the snow, as it finally started to melt. Notice what Larkin is wearing around her neck as a scarf (and yes, this was her doing)... it's Sera's toy double-headed snake! They are such sweethearts... I'm a blessed momma. 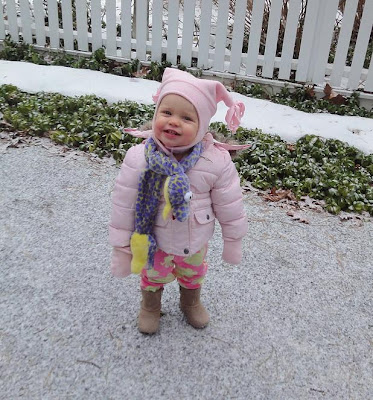 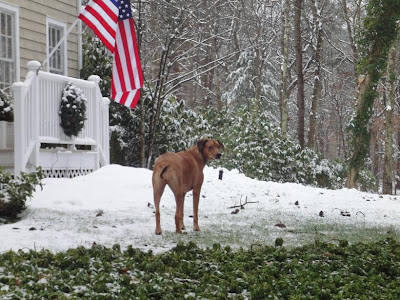 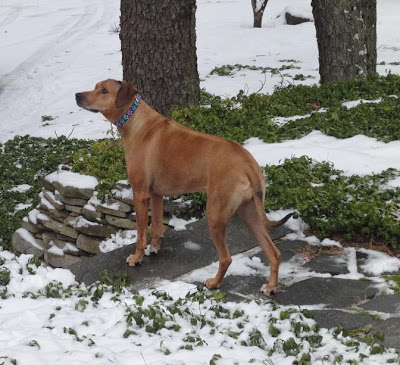 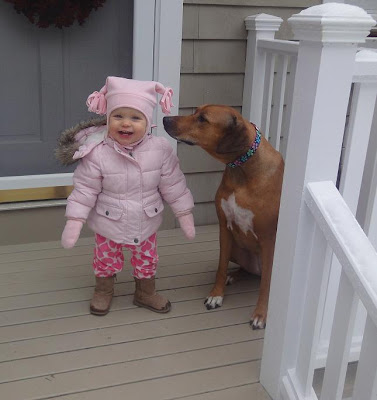