Children's Museum of the East End

One of the fun things we did while we were in the Hampton's was to take Larkin to the Children's Museum of the East End. It was so much fun. Here's a sneak peak inside the museum, with Larkin as your guide!
There's a map room as soon as you walk in off the lobby. There was even a fresco map so here's Larkin pointing up to the "sky". 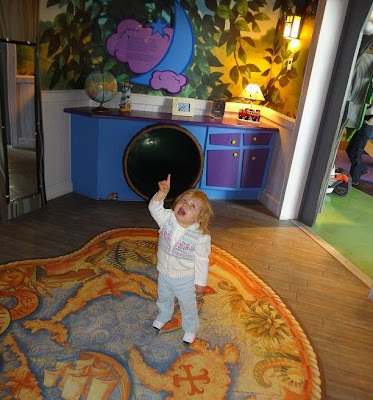 Our first big stop inside the museum was at the fruit stand. They had great veggies and fruits that the kids could play with and they had funny jokes on the wall that really did made me chuckle. For example... "What kind of flower wouldn't fit in a vase?".... Ta Da.. the answer is "Cauliflower" of course!
Larkin's favorite fruit from the stand were the bananas. "Nanana" as she calls them. And I am not exaggerating when I tell you that she carried that banana around with her for half of the museum! 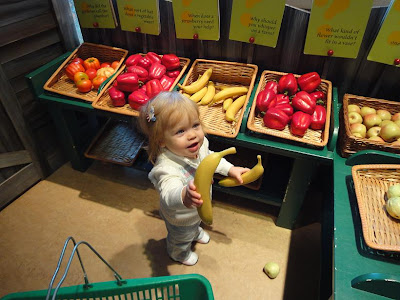 One of the coolest things was the air ball booth. A tunnel of air blows up and it will float balls in the air. Larkin loved it as the pics so clearly show (and so did us adults). The color of the pics is strange because the booth had colored glass in it. Super cool air booth. 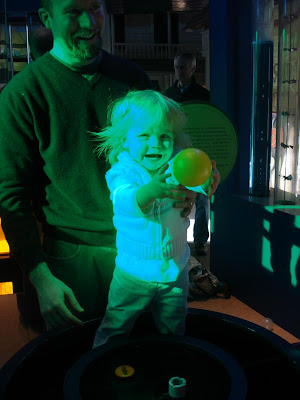 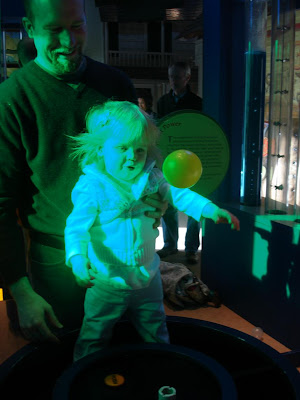 Here are a couple of cute pics of Larkin and her momma playing some instruments! 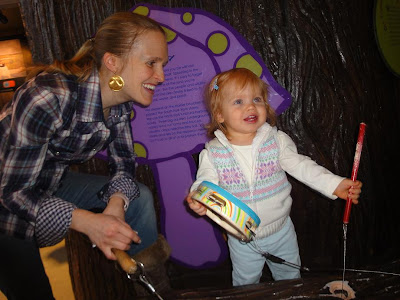 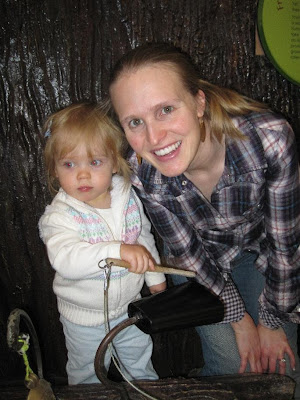 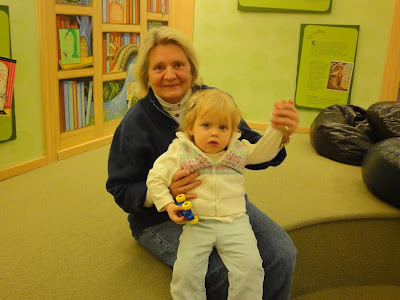 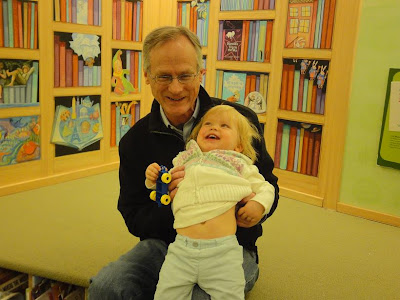 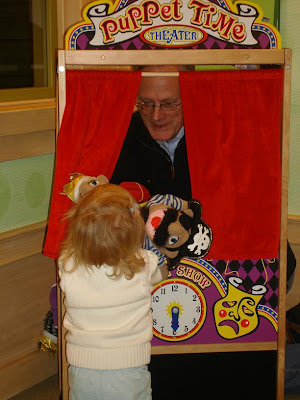 There's a cool room with a ride on a slide, giant balls, swings, and climbing blocks. Larkin kept saying "wow" and "whoa" as she went from one toy to another. 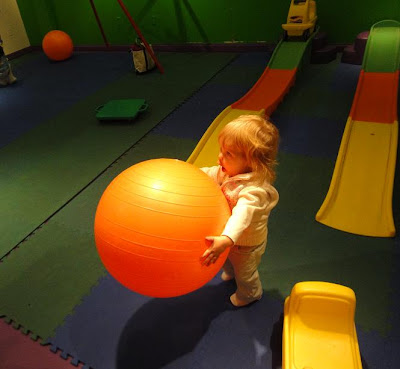 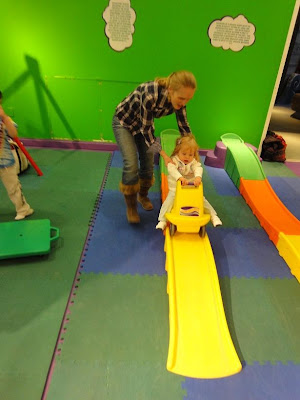 Aye, matey! Piratesse Larkin commanded her ship with her...banana! This cutie pie LOVED the children's museum and can't wait to go back! 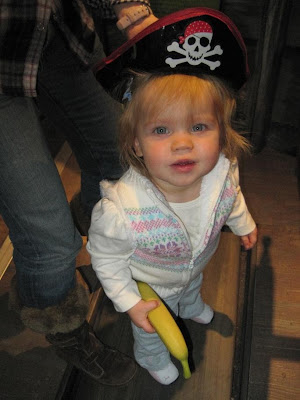