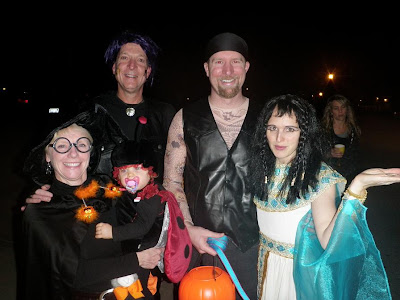 Happy Halloween! We had a blast. The weather perfect... it was in the 60s, so everyone was out and about. We didn't have a theme for our costumes this year, but Brian and his dad, Jim, still ended up both dressing up as biker dudes! Brian was a biker dude with full arm tattoos, Jim was a biker dude with blue hair, I was Cleopatra, Peggy was an cute, quirky witch, and Larkin was the most adorable lady bug! We had some friends drop by too - the Flintstones! 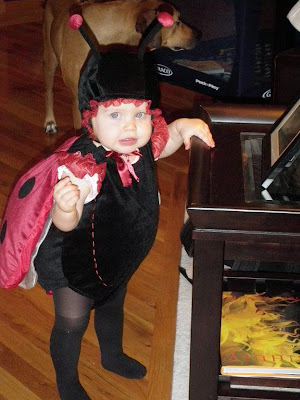 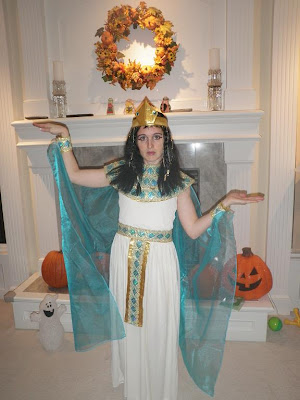 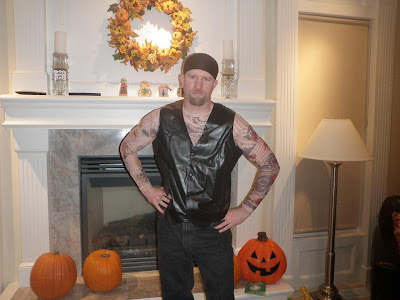 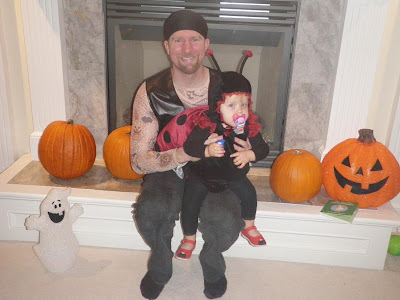 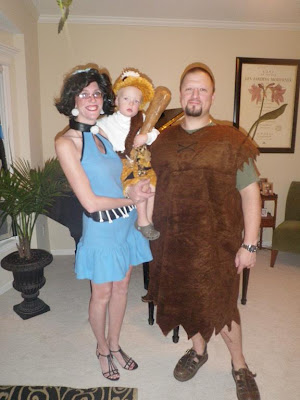 Larkin went around to 4 houses this year (although she got carried to 2 of them by Papa!). Larkin's never eaten candy before so she didn't know what it was, but she still enjoyed taking it when offered. What Larkin really wanted to do, however, was to go into everyone's houses! She'd just walk right up to the door, and crawl up the step and start walking into the house. And, as a matter of fact, one time Sera walked inside a house with Larkin! Good thing they're all friends of ours! 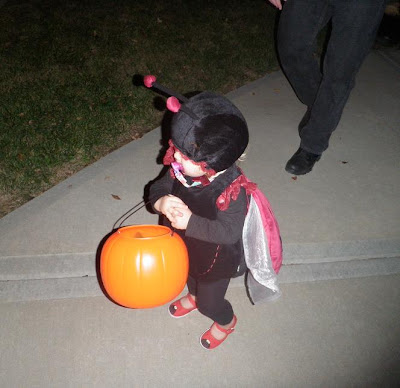 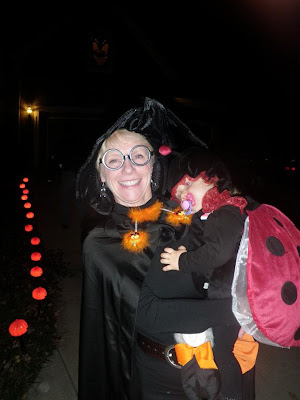 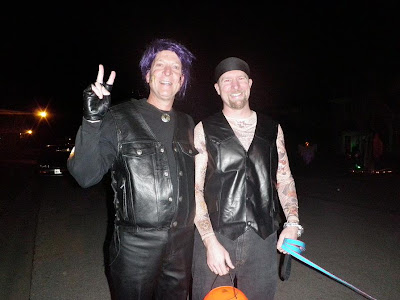 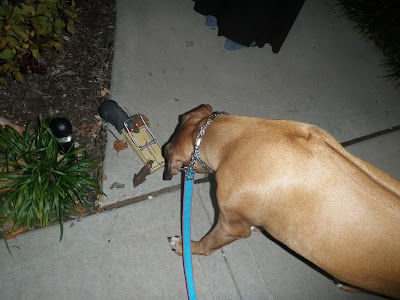 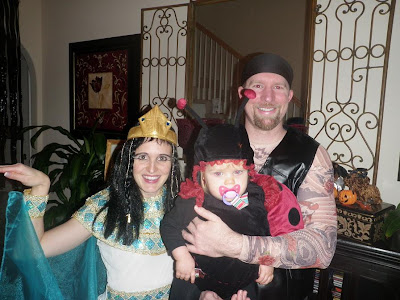 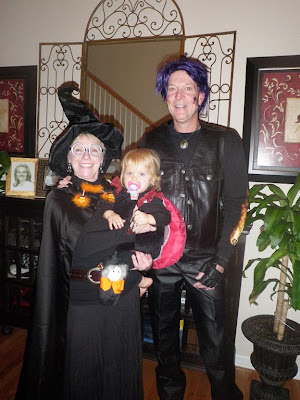 We had a ton of kids come to the house for candy this year... I counted 185 and that doesn't include the half hour that we took Larkin around to other houses! Larkin learned that when the kids come to the house, we would give them candy. She liked that part. What she didn't like was when the kids would leave once they had their candy... it made her cry because she wanted them to stay and play! 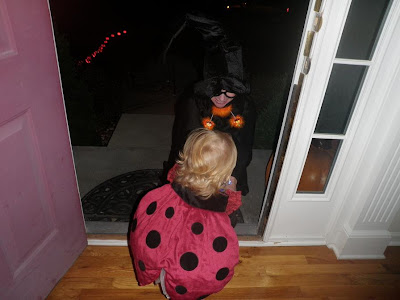 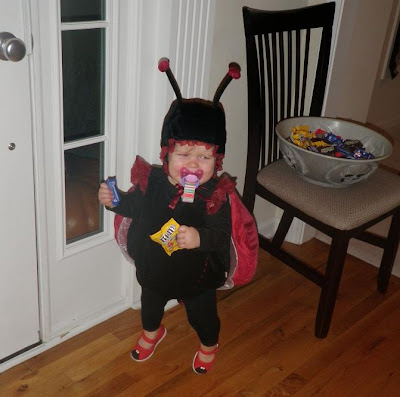 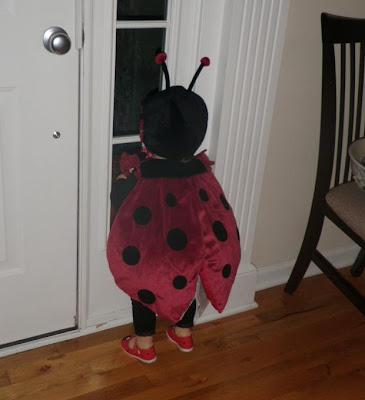 Luck was a Larkin Ladybug tonight (and the next morning she even wanted to wear it over her pajamas too)! 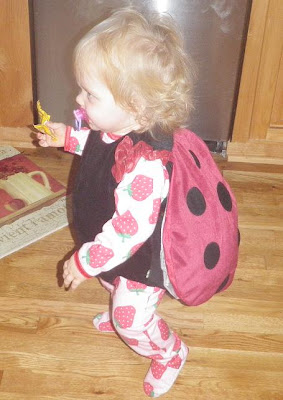 Love the costumes! The picture of Sera checking out the rat was hilarious! I'm glad you all had such a wonderful Halloween!