Brian and I were both able to take a little time off work to attend Larkin's school halloween party. It was great fun! The kids went on a costume parade around the school to visit the other classrooms, ate sweets, did an art project and sang songs and danced. Larkin wore her unicorn/pegasus costume again, although we took it off when it was time to eat because, as we all know, Larkin loves to eat! She ate a cupcake in no time flat and then tried to eat her friends' cupcakes too! In the group shot below, Larkin is the one on the right side wearing a bib. 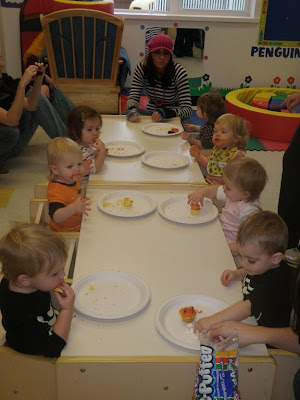 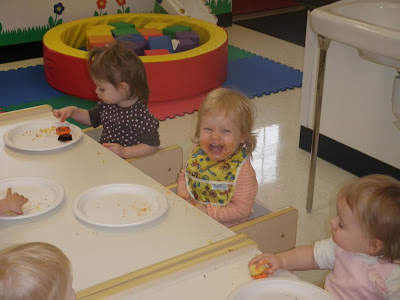 After eating the sweets, it was time for her art project. Larkin glued various Halloween shapes on a paper bag. All of the kids had a blast doing their art projects. I've also included a picture of an fantastic spider that Larkin made with handprints that they had hanging in her classroom. 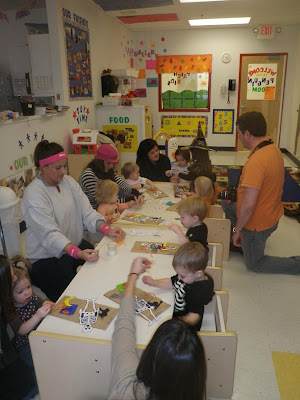 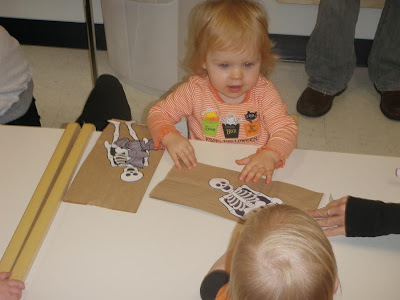 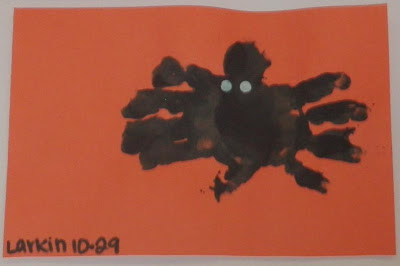 The party ended with the kids singing and dancing to "The Wheels on the Bus". You've got to watch the adorable video below. At one point, Larkin started showing off by spinning around in a circle and leading her spin with her arm - it was adorable! Her balance was a bit off since she had a double ear infection at the time, but she still had a blast. Then, the video ends with Larkin and her good friend, Ella, sharing a hug. It's priceless. 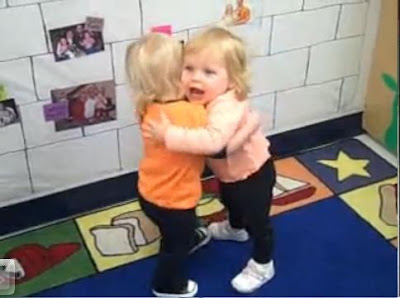 PRECIOUS!!!!!! Seriously, way too cute! She is adorable!