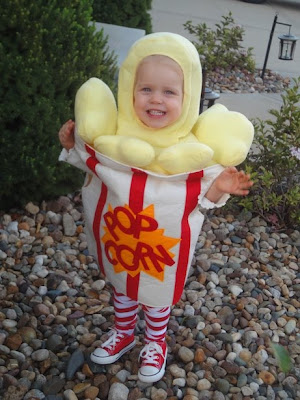 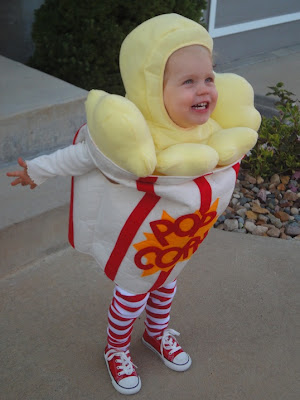 Is Larkin not the cutest box of popcorn you've ever seen?! We cut out a bunch of cute costumes from catalogs and laid them all out for Larkin to choose from. She went for this immediately. She's been a huge popcorn fan ever since her first baseball game this summer and what's better than eating popcorn than being popcorn! POP! 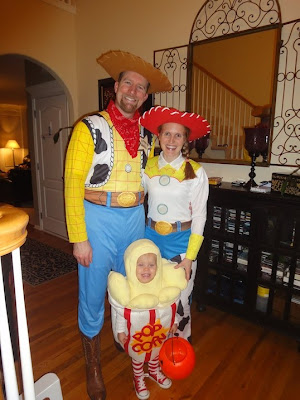 This year we decided to do something fun but different from the traditional candy give-aways, so we gave kids mini-decks of kiddie playing cards. We weren't sure how they'd be received, but the kids loved something different - they were a hit! After Larkin went trick-or-treating and we handed out our goodies (we had around 200 trick-or-treaters come to our house!), Larkin got to check out her loot with her Papa. She ate a "Kitty Kat" as she calls it, and her very first Reese's peanut butter cup, which she LOVED! 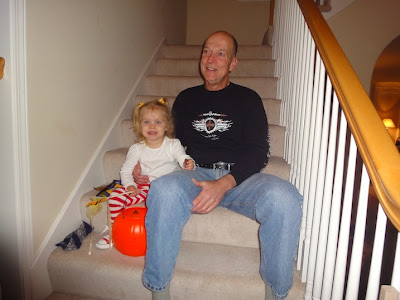 Then, our friends Matt, Robin, and Gage came by to say hi and Larkin and Gage (oops, I mean our friend Buzz Lightyear!) had fun playing together with her noodle and just jumping around being silly. What a fun Halloween... I hope yours was great too! 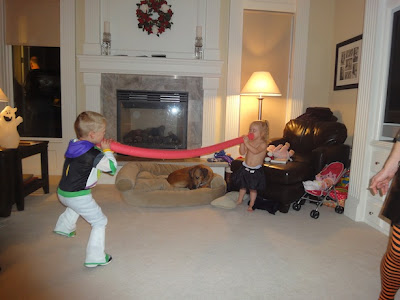 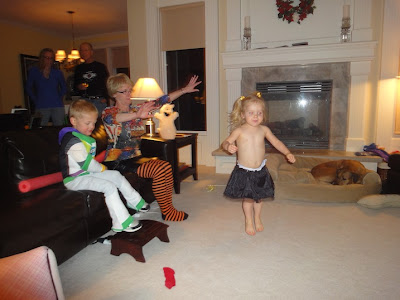