I have been wanting to take Larkin to FAO Schwartz (5th Ave. & 59th) for a long time, and we finally got there. And, as I'm sure will surprise no one, she loved it! Upon entering, she immediately fell in love with the giant puppy stuffed animals they have piled just inside the doors. She kissed it, carried it around (and it's bigger than her), and even sat on it. She entertained other shoppers as they stopped to watch her enthralled with the huge, huggable puppy. 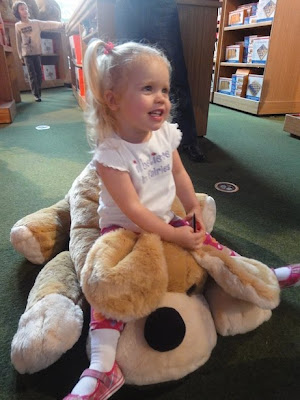 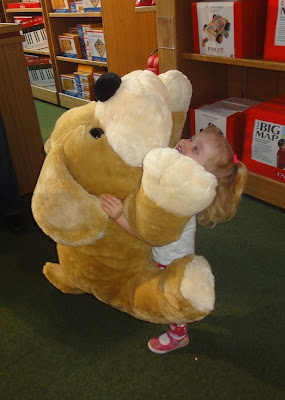 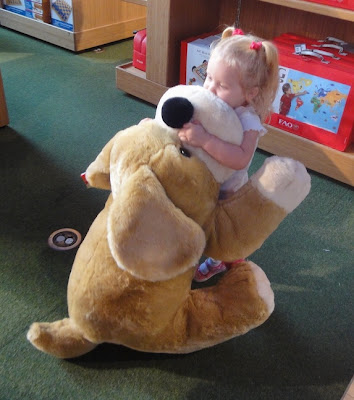 We eventually made it up to the 2nd floor where Larkin spent some time staring at the Barbie runway show. The picture directly behind her would change (which I thought was cool) and she just stared and stared (as she held a smaller puppy she nearly suckered us into buying). 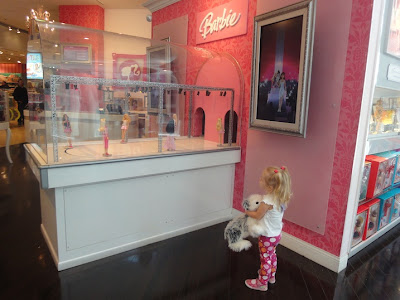 Then, we were on to the part I was the most excited about... the giant foot piano that was used in the movie "Big" with Tom Hanks. I always loved that movie and his scene on the big piano (which the guy who worked there did for us), so I was excited for Larkin to try it out. She was a little timid at first so I got on with her, but then she got the hang of it. We loved it! It's free (the only rule is you have to take off your shoes). Do it if you have the chance! 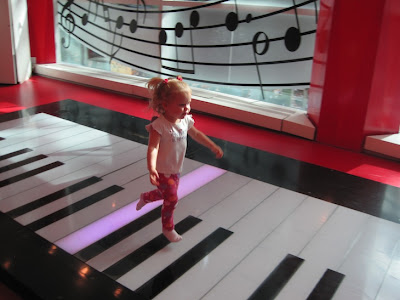 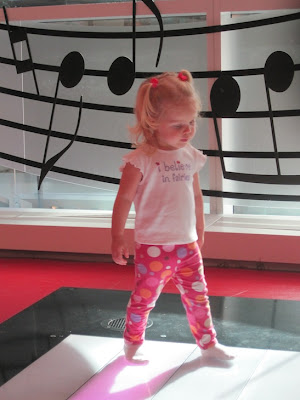 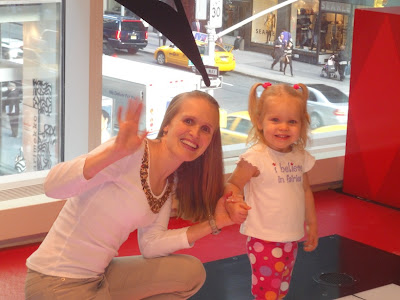 Last but not least, after we left the toy dream shop (I can proudly say free of purchases, although I did get ideas for Christmas), the boys stood proudly in front of the gigantic beehive directly outside that is the Apple store. All you can see is the clear cube above-ground... the entire store is below ground, but it can best be described as a bee-hive of activity! 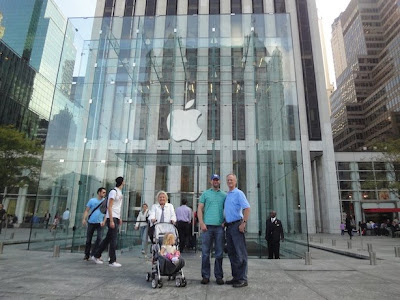