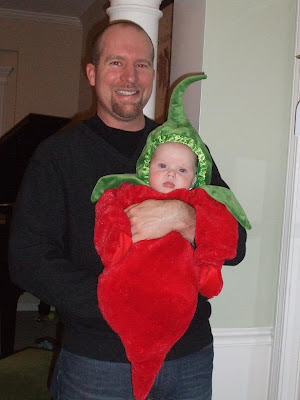 Today, we threw our annual Hittle Halloween Pumpkin Carving Party! It was a blast! This party has become somewhat of a tradition for us... it's something we actually started years ago when we were at Cornell, and we have done it most years since. Our party this year clearly fit the phrase "the more the merrier". We had ~35 friends and family over to our house, and 15 of them were kiddies under the age of 7! The theme was Mexican (e.g., tacos, burritos, tortilla chips, etc.), so we thought it was fitting to put baby Larkin in a chili pepper costume! The rest of the photo montage below should give you a small taste of what fun the party really was.

Here's a quick look at the decor... We put up both fun and scary Halloween decorations and the kids were absolutely terrified of a bowl of candy that had a moving hand coming out of it! We also set up a play area in the middle of the Great Room floor for the kids. The toys are a little old for Larkin, but it shouldn't be long before she's playing with them too. As you can see from the "before" and "after" shots, the play area was a big hit! 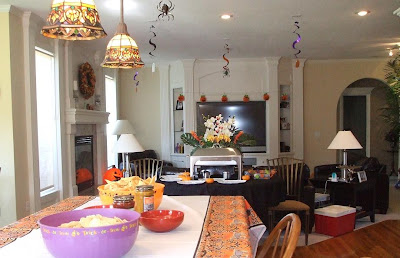 When the kids arrived, each one ran in a different direction. Some wanted food, some wanted to play in the play area or on the piano, and others wanted to go outside. Some of the girls played “princess” (as there were 2 Snow Whites and a Cinderella) and held a tea party of sorts with lemonade, gold fish, and Pirate’s Booty. Some of the boys played “spies” and ran around with endless energy (even though they informed us that since they were spies, we weren’t supposed to see them)! 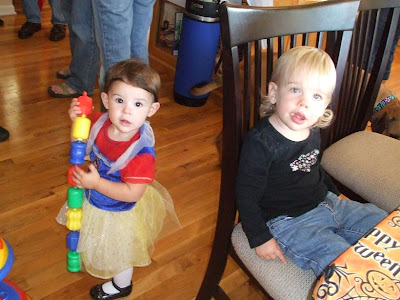 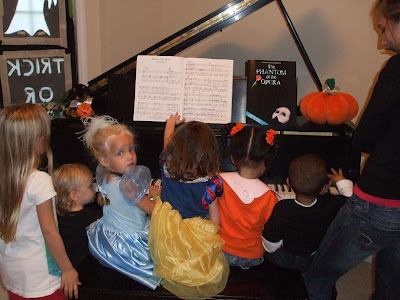 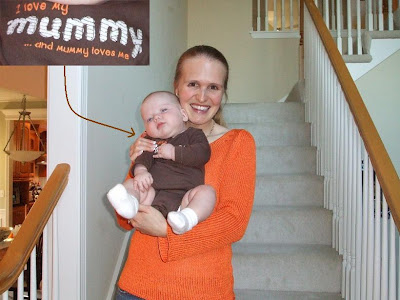 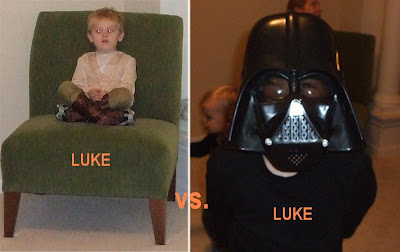 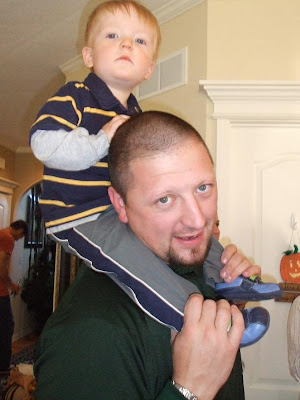 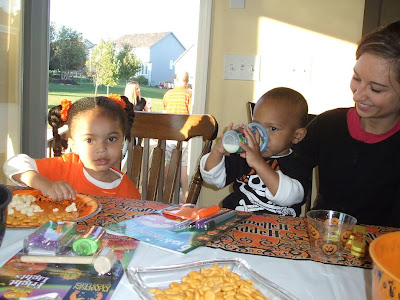 Since it was probably the most perfect 75 degree day, the kids had fun outside too. They bobbed for apples, and I don't know how he did it, but Luke -- who is missing both of his front teeth -- actually got an apple! Meanwhile, Aislinn enjoyed pretending she was a dog, so we'd throw a ball and she'd fetch it! The kids also played on our neighbor's swing set and as you can see in the picture below, the princesses enjoyed swinging together... Cute story... when I went over to watch them swing, I heard the girls saying back to each other while they swang... "Hi, Cinderella!"...."Hi, Snow White!"...."Hi, Cinderella!"...."Hi, Snow White!" and so on. 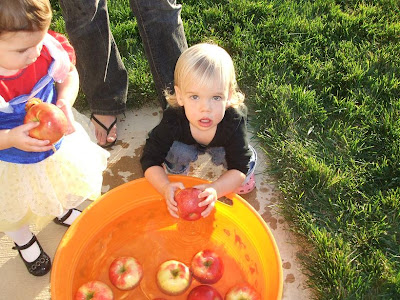 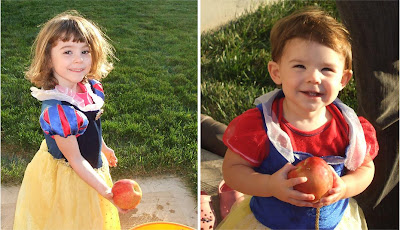 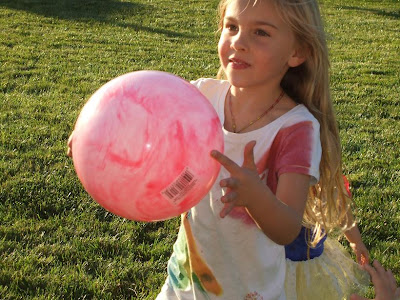 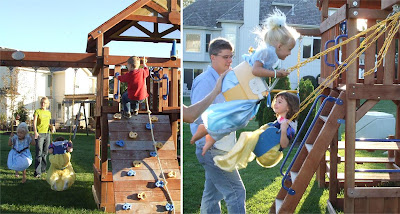 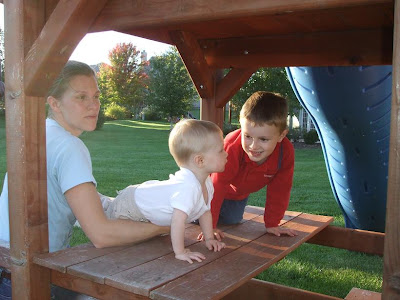 After we enjoyed our Mexican dinner, we were successful in gathering all 15 of the kids together for a group photo... how adorable is that?! We then got pictures of the babies... Larkin the chili pepper with Daddy and her big sis Sera, and Aunt Jenny and cousin Sierra the pumpkin! 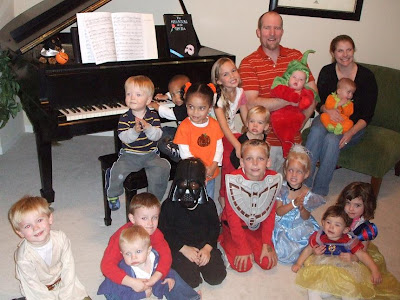 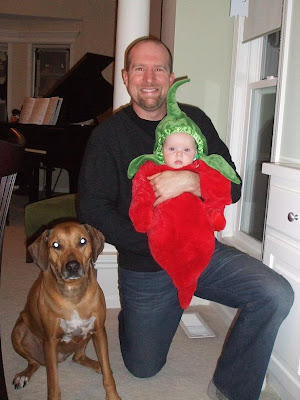 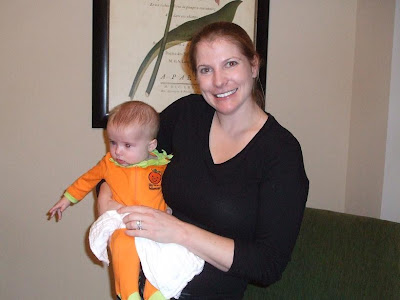 Finally, as it got dark, it was time for the pumpkin carving. Check out the fabulous jack-o-lanterns that we made this year! What a great ending to a great party. We're already looking forward to next year! 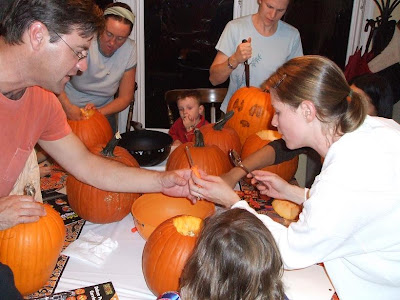 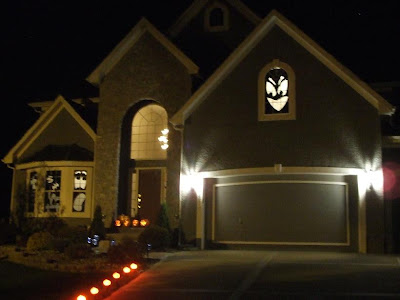