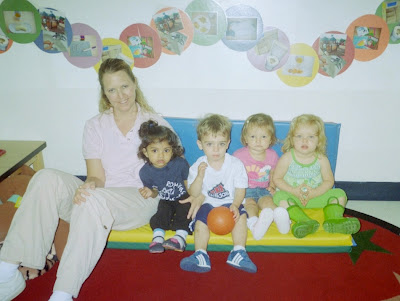 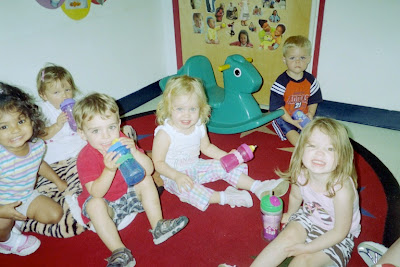 Larkin loves art time! Aside from loving her "look" - art smock and frog rain boots - I just adore watching Larkin doing arts and crafts. The kids makes lots of individual pictures, but they also do whole class projects too. Here's Larkin painting her share of the class painting, and the photo below it is the finished project. Isn't it great?! The photo below that is another whole class art project with their hand prints and I love that one too. 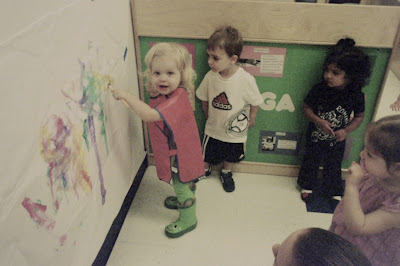 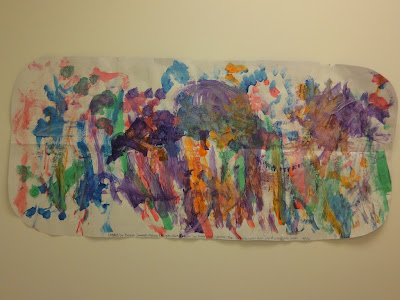 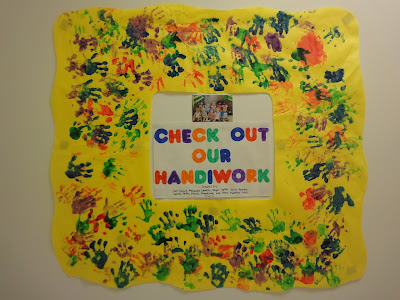 Nap time! Larkin and her classmates have been napping on cots since the Penguin room. They each have their own cot that is covered with a sheet. They are required by the state once the kids are 18 months old, strangely enough. The kids actually really like them and sleep quite well on them. 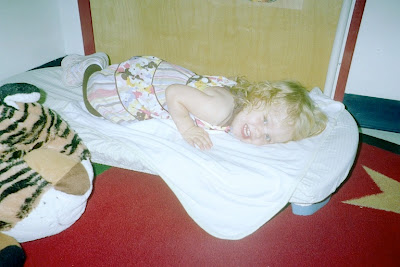 Larkin's hair is just getting long enough to put up in ponytails and pigtails... and she loves it. She likes to look at herself in the mirror when she has a fun 'do like the ponytail she's sporting in these pics. Larkin's teacher Ms. Kaylee is really good with hair, so Larkin often comes home with all sorts of cute hairdos. 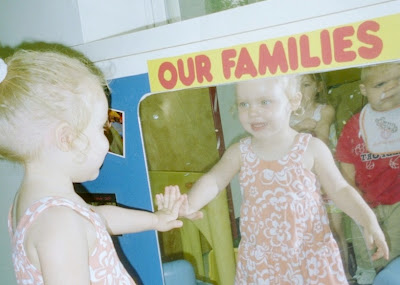 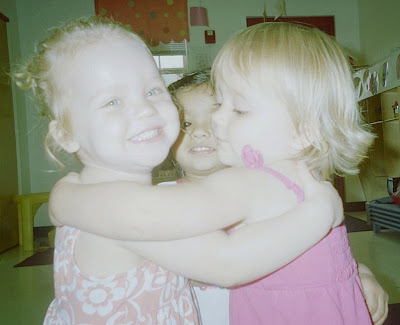 Water Wednesday! Here are more pics of Larkin enjoying the water time the kids get to enjoy during their summer. From the sprinkler to the water table, even the hose, Larkin loves it all. 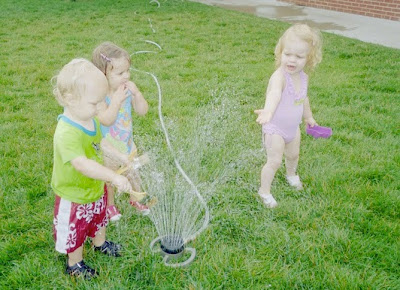 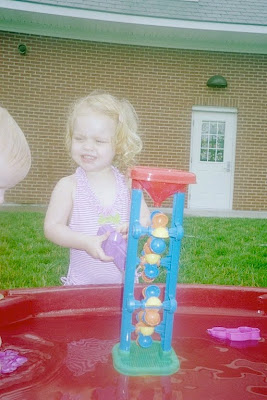 The kids all sorts of special treats during different outside times. They go outside twice a day. Sometimes they play with normal toys (like Larkin and her lawn mower), but on special days they have things like a bounce house or a petting zoo, like the one shown in the pic below. On this particular day, they hosted all sorts of animals: goat, ducks, rabbits, pig, etc. 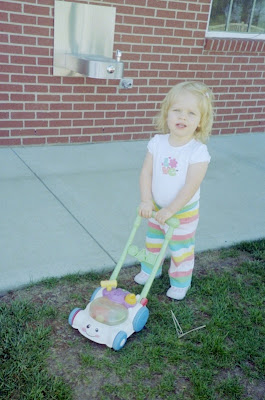 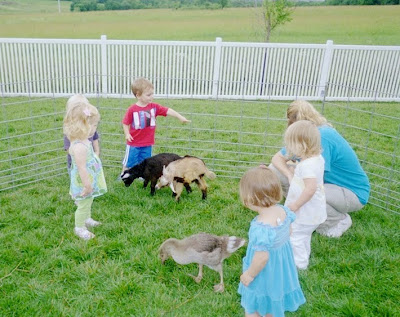 These last few cute group pics are of Larkin with the some of her Tiger Room friends. It's a great class of kids. In the first pic below (l-r): Larkin with her two best friends, Carter and Ella. Second pic (l-r): Madeline, Cici, Anisha, Reagan, and Larkin. Bottom pic (l-r): Duncan, Hailey, Larkin, Carter. 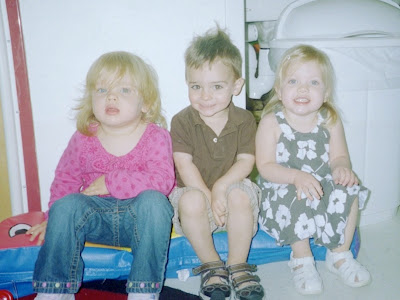 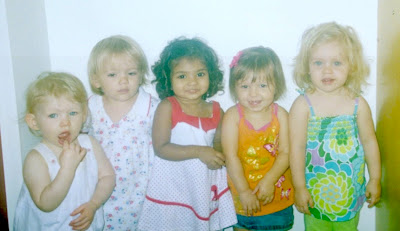 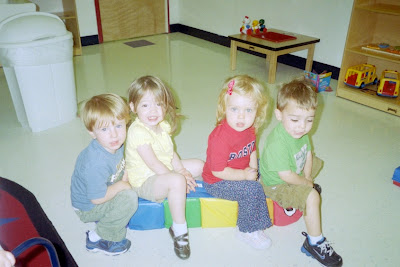 Oh, I love that picture of Larkin, Carter and Ella!