At the Pool with Family and Floaties 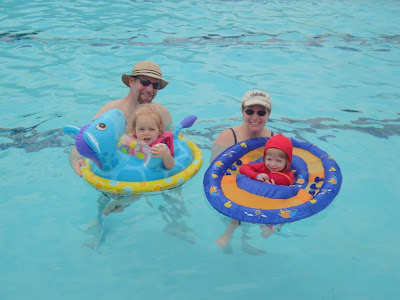 While Jenny and Sierra were in town, we were able to enjoy a morning at our neighborhood pool. In the upper pic it's Brian with Larkin and Jenny with Sierra. Both of the girls had fun swapping floaties in the big pool and chasing our swimming penguin toys in the baby pool.

The water was plenty warm enough for me to enjoy going in too! Yes, I was a lifeguard for 8 years, but I rarely went in... the local kids knew that I don't like cold water so they'd better not do something stupid that would require me going in after them! (Legitimate life saves were okay... stupidity and poor behavior was less tolerated). And the tactic actually worked - the kids (which at times could number over 60) - were really pretty well behaved.

Larkin and Nama spent some time playing around and practicing good learning-to-swim techniques. Brian's mom was a swimmer and passed that down to all of her kids, so we are excited to get Larkin swimming. Jenny is a swim instructor at her local Y, and since I haven't taught swimming for 15+ years, Jenny gave us some good pointers for getting Larkin started. (One of them is to hold onto the side of the pool and walk with her hands around the edge, which she's practicing with Nama in the pic below). We look forward to getting her into a swim class next summer. 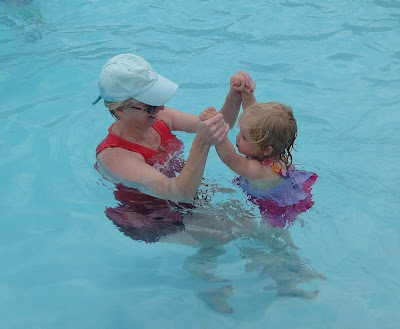 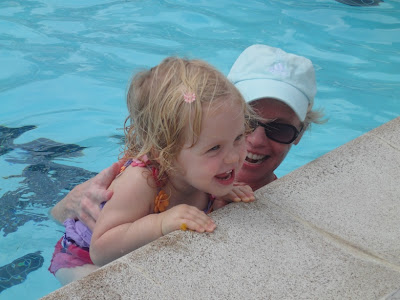