Larkin and Ella had a day off from school so Ella's dad, Richard, and I decided to take the girls out for a play date. We met at - where else - Monkey Bizness and the girls ran around non-stop for an hour or so. Larkin is now loving the big slides! 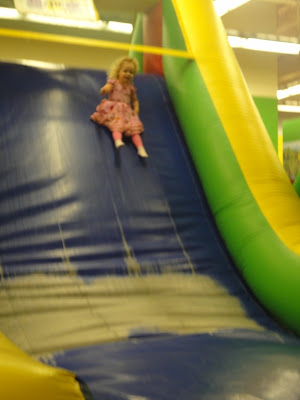 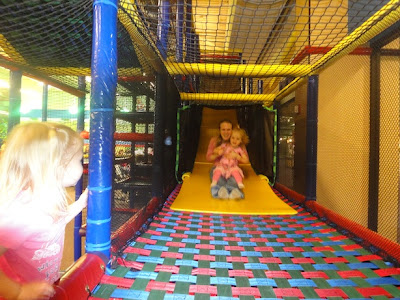 After Monkey Bizness, we walked through the not-so Great Mall to the movie theater where Larkin got to see her first movie, Rio! The girls were super excited about getting movie food, of course. I got Larkin a kiddie combo which had a popcorn container (with free refills) + a fun size Skittles candy, and a kiddie drink (thankfully, she had water). We piled Larkin and Ella into the same seat between Richard and I and they fit perfectly. They ate popcorn, candy and thought it was cool when the lights went out. We sat in the back and since it was a matinee show, it was just us, other parents and kids, and the old geezers. Well, the movie was a success. I hear it was good from Richard too. I didn't get to see much of it. The girls ate non-stop for the first half of it, which required me to get up 3 times for refills of popcorn and candy. Then, during the second half of the movie, the kids got antsy and they danced at their seat, sat in the aisles, and had to go to the bathroom. First I took Ella. Then Larkin and Ella. Then Larkin. Yes, during the second half of the movie, I had to make 3 trips to the bathroom with the girls. So while I didn't see much of the movie (which looked cute, from what I saw), the girls had a blast and that made me happy. 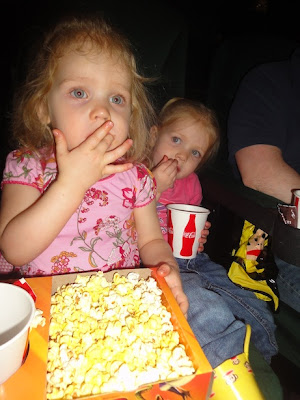 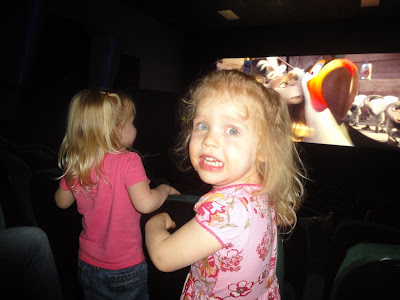 After the movie, we let the girls play on some of the play equipment in the mall. We didn't bother telling the kids that they toys would move if we inserted quarters. They didn't seem to care. They had a lot of fun anyway. It was a great play date! 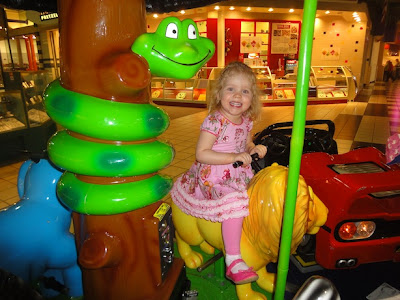 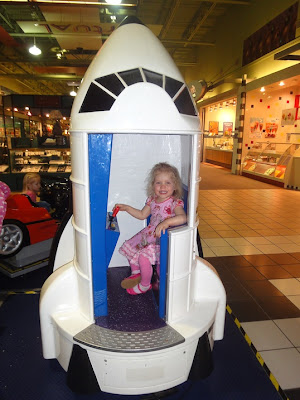 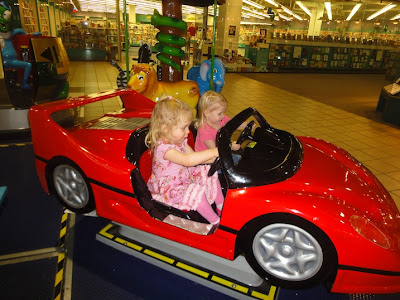 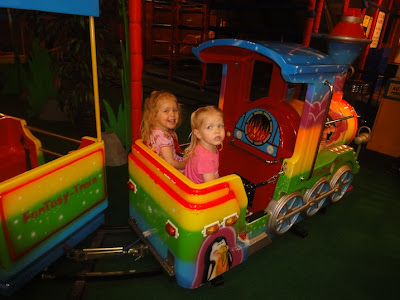