Ella's 3rd Birthday party at Pump It Up!

Larkin had sooooo much fun at her best friend Ella's 3rd birthday party, and I hope that these pictures and videos give you a flavor of what it was like. The first picture is of the kids getting ready for some cake. It was a bunch of her Monkey Room friends from the Goddard School. Ella is the blonde girl that's the furthest to the left in the picture, and Larkin is on the near side of the table in the middle. 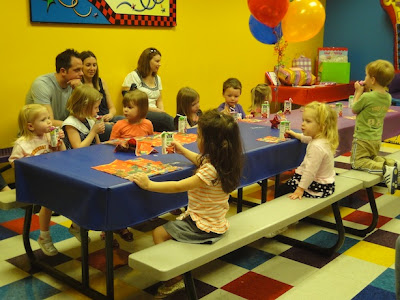 The party was at a blow-up gym place called Pump It Up! and we were so proud of how brave Larkin was. At first she needed help with the big climbing and the even bigger slides, but by the end, she was doing the entire thing all by herself. Larkin and Ella played together for a good bit of the party, and quite a pair they were. I cannot even begin to say how much fun Larkin had on this thing! 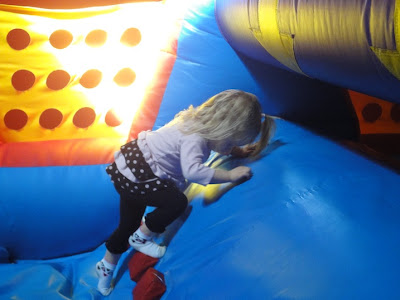 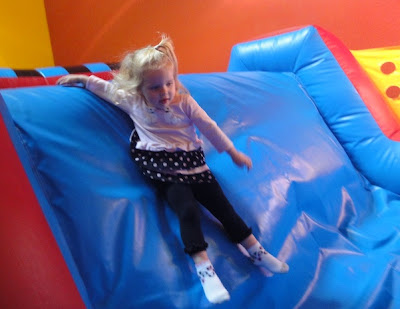 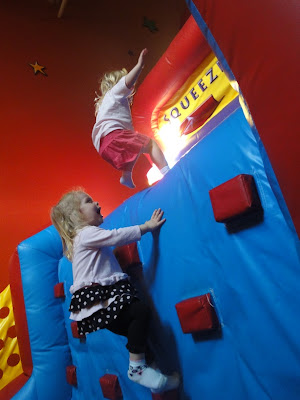 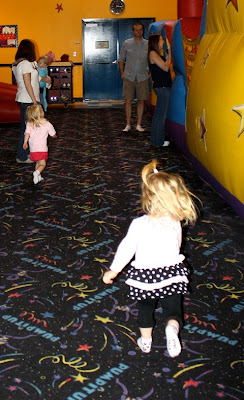 The kids also had fun in a couple of bounce houses and for some reason, they found screaming fun too.


Last but not least, a fun group pic. Larkin is furthest to the left. What a fun party! 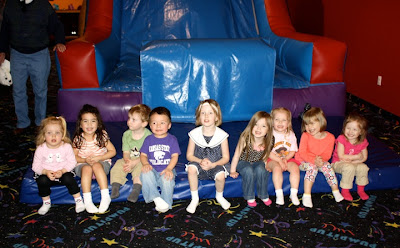