We had a blast at the Kansas City Zoo today! We've has been waiting for the new polar bear exhibit for quite some time, and they did a secret soft launch today! That was the biggest highlight (see multiple pics below), but the day was fantastic all-around.

We started with a couple of trips on the animal carousel. Larkin and I first rode on the giraffe and then Larkin was super excited to ride on the ladybug. She would have been happy if we had stayed on the carousel all day, but some how we succeeded in moving on. 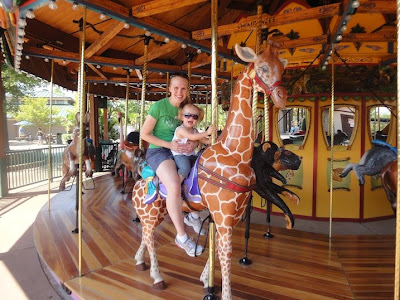 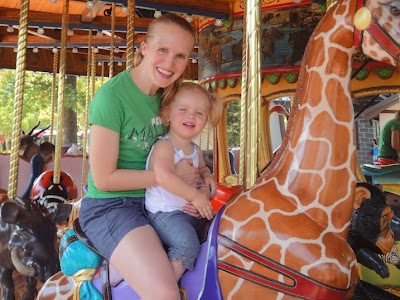 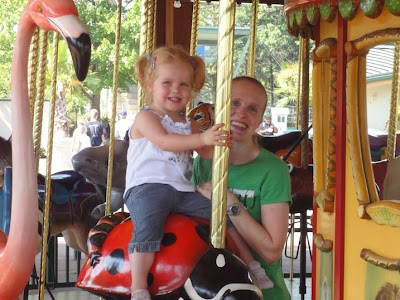 We next stopped by the Lorikeet exhibit. These are highly sociable birds that are gorgeous - they've got bright, colorful feathers. You can see them in the background of the picture of Larkin below. They do several feedings a day and you are allowed to go into the exhibit, feed them and let them land on you. That's pretty cool! We've already got a bird in our house (Snowy) so this wasn't as exciting for Larkin as it was some other kids, but it still is really fun. 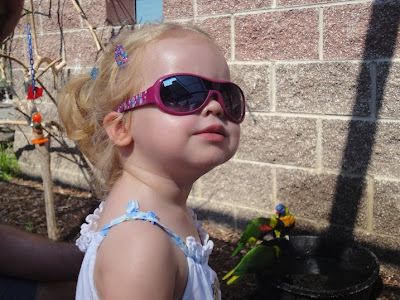 Then, we were off to Africa. We got to see the new baby zebra that was recently born at the zoo, and he was so cute. I've included some pictures of the gorgeous Elands and Kudus that we were able to get so close to! 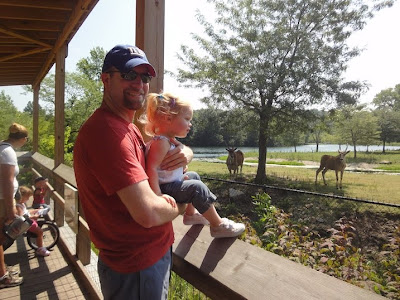 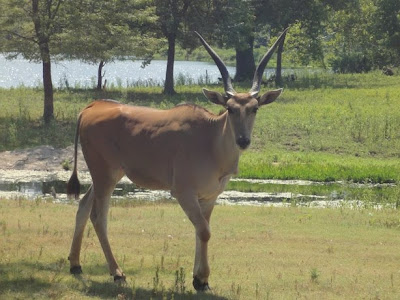 Finally, before we left (but not before Larkin leaked through her diaper), we stopped to visit the new polar bear, Nakita (a young male). We were so excited and Nakita exceeded our wildest expectations. He's a ham! :) The exhibit has full-length windows that are partly above water and partly below. Nakita practically put on a show for us! He would swim back and forth and visit all of the spectators. (We heard that he's used to crowds, so I believe he came from another zoo). He weighs about 800 lbs (his parents are closer to 1500 lbs) and he's so agile in the water, he's beautiful to watch. Not to mention how incredibly close we got to him. As you can see from the pictures I took and included below, we were literally only separated from him by the glass! It was absolutely amazing... I couldn't say enough positive things about the visit, and we can't wait to go back. Enjoy the pics below (the first 2 are my personal favorites). 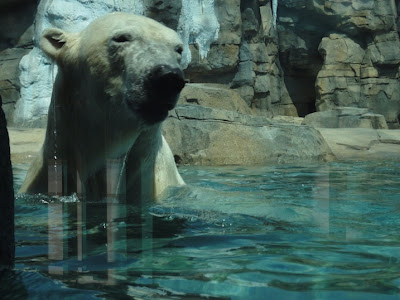 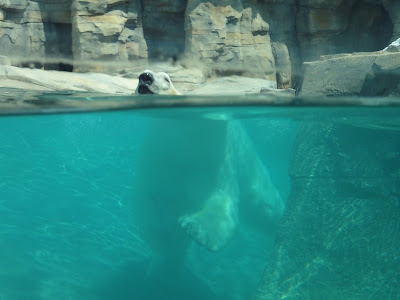 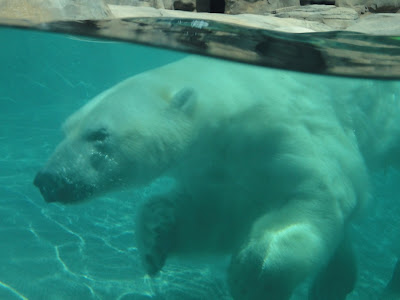 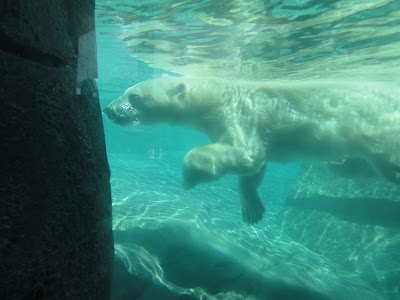 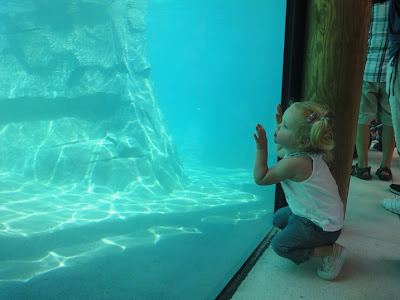 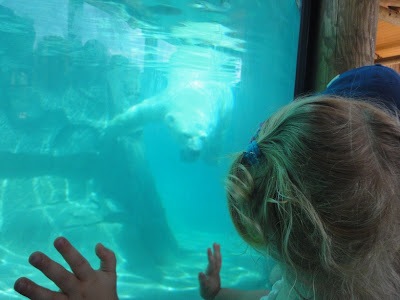 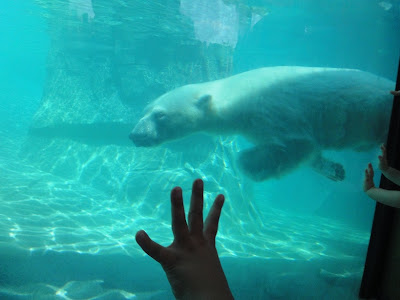 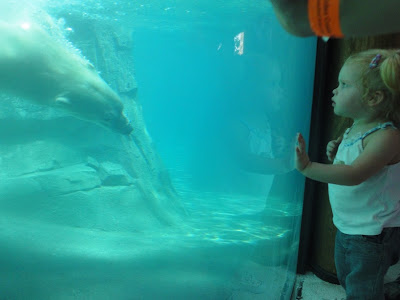 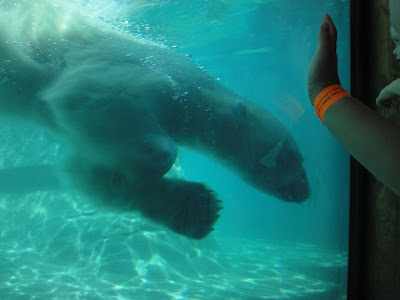 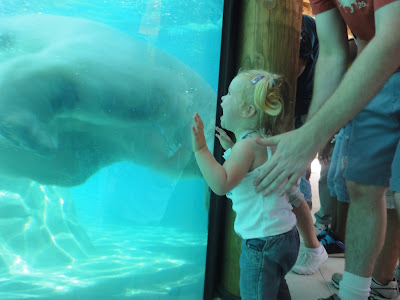 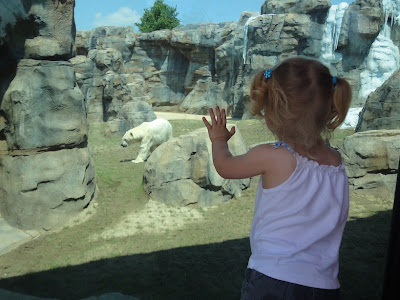