First Time to the Zoo

Despite the dreary weather, we made it out to the Kansas City Zoo and had a great time enjoying it largely by ourselves. We took the train to the "Australia" part of the zoo first and Larkin cried when we had to get off the train. 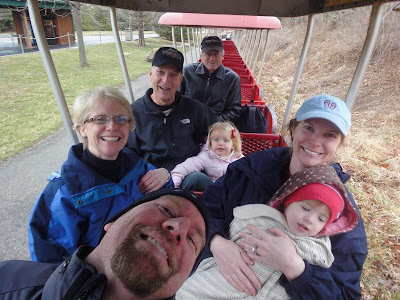 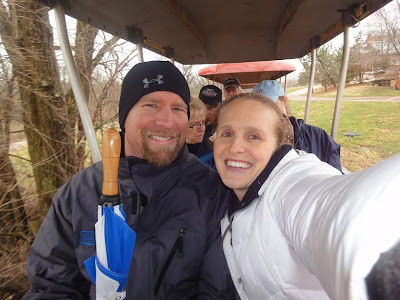 After visiting the kangaroos, we wound our way through a variety of animal exhibits including several monkeys and chimps. The langurs are black monkeys with very long tails and are nearly extinct. We were also lucky enough to get to see two beautiful Sumatran tigers, which sadly are nearly extinct too. (See the latter part of the post for more on these and other extinct species). Here's a pic of Grandpa Bud and Papa hugging one of the tigers and Brian playing with an enthusiastic squirrel monkey. 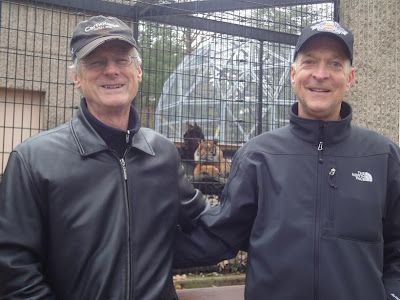 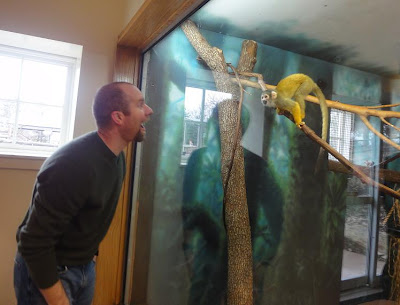 Here's Larkin on her first carousel ride ever! 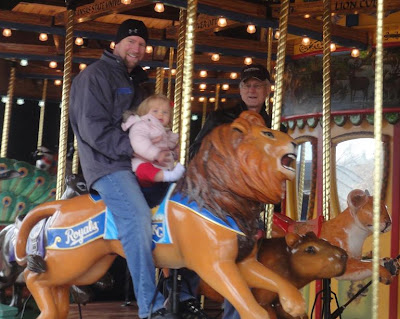 I really enjoyed watching the girls - Larkin and her cousin Sierra - as they checked out the animals...so sweet and innocent. 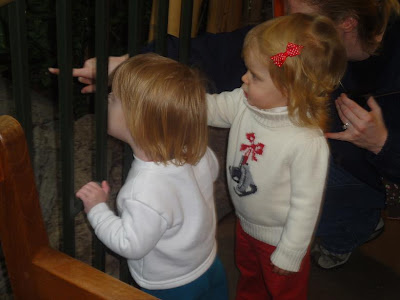 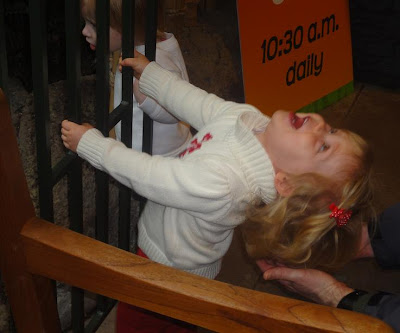 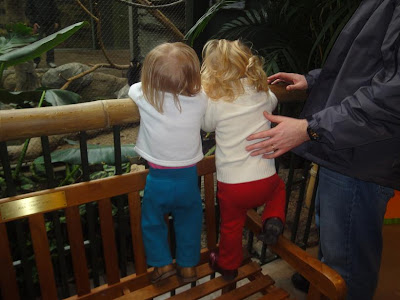 On the heels of our zoo visit, I thought it was important to recognize the crisis that our world is facing with animals who are near extinction. Time Magazine recently did a photo essay on animals that are close to extinction and so I'd like to share that information with you. (Credit for this story goes to Time Magazine.com and you can see the story by clicking here). Two of the animals we saw at the Kansas City Zoo - langurs and Sumatran tigers - are on this list. So sad. Please do what you can to support the conservation of these endangered species.

Javan Rhinoceros
Location: Indonesia and Vietnam
Number remaining: 50-60
This is thought to be the most rare large mammal on earth. Black Rhinos, numbering only 3,000, are nearly extinct too.

Golden-Headed Langur
Location: Vietnam
Number remaining: fewer than 70
We saw a three of these extremely endangered langurs in the Kansas City Zoo. They have amazingly long tails and a mohawk. They are considered to be among the most rare of all primates in the world.

Vaquita
Location: Gulf of California (Sea of Cortez)
Number left: 200-300
Called the Vaquita (Spanish for "little cow"), this is the smallest of the porpoises and is thought to be one of the most rare cetaceans on earth. 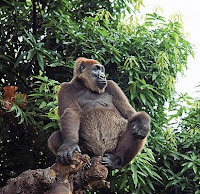 Cross River Gorilla
Location: Nigeria and Cameroon
Number remaining: fewer than 300
This species was thought to have been extinct in the 1980s, thank goodness it's still holding on (although just barely).

Sumatran Tiger
Location: Sumatra, in Indonesia
Number remaining: 400-500
We saw these amazing Sumatran Tigers in the Kansas City Zoo. The smallest of the various Tiger species, the Sumatran Tiger has lived in Sumatra for a million years and now about 2/3 of them live in reserves. Tigers, as a larger breed, are nearly extinct too... less than 6,000 remain in the wild.

Mekong Giant Catfish
Location: Mekong region of Southeast Asia, in the Mekong River
Number remaining: hundreds
This is now a protected fish, but its numbers are still dwindling. It is believed that the population of this species has fallen 80% in the last 14 years. This fish is known for its large size - it's the world's largest freshwater fish - the largest caught was 646 lb. and 3.2 meters long! 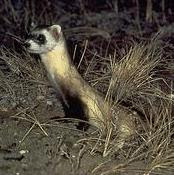 Black-Footed Ferret
Location: Great Plains of North America
Number remaining: 1,000
These two-pound noctural carnivores are the only native ferret to North America and are one of our continent's most endangered mammals. In 1986, there were only 18 of these ferrets left, but they are making an astonishing comeback. Keep it up! 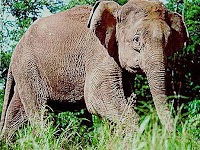 Giant Panda
Location: China, Burma, Vietnam
Number remaining: 2,000
With a diet of over 99% bamboo, these bears whose name literally means "cat-foot black-and-white," are rapidly losing their native habitat. Considered a conservation-reliant endangered species, I hope that we can help these pandas survive as a wild species and not only exist within zoos...

Polar Bear
Location: Artic circle
Number remaining: fewer than 25,000
These are the world's largest bear, the world's largest land carnivore, and one of my favorite animals of all. I can't bear the thought of losing them forever. We have to stop global warming which melts sea ice or the bear population will literally starve to extinction.
Posted by Karen Hittle at 9:59 PM