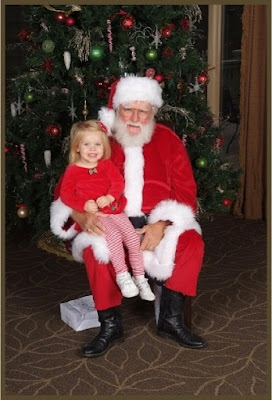 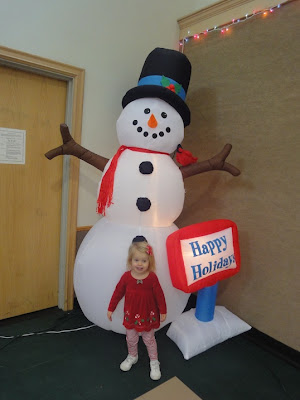 Our neighborhood hosts a breakfast with Santa party each year and this year Larkin was all-in. She loves sitting on Santa's lap and we literally have to hold her back so other kids can get a turn. When it was finally her turn, she ran to him, jumped up on his lap, had an in-depth conversation with him (telling him she wanted a "princess doll") and then gave him a big hug before reluctantly getting off his lap.

We then went on a fun horse-drawn carriage ride around the streets with her good friend from school, Duncan, who also lives in the neighborhood. It was cold but huddled up in the blankets, we had a great time. 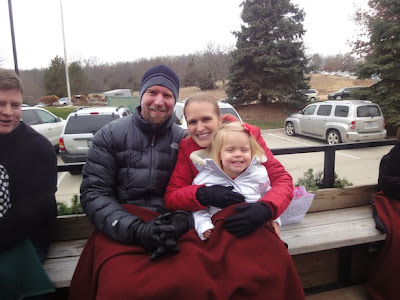 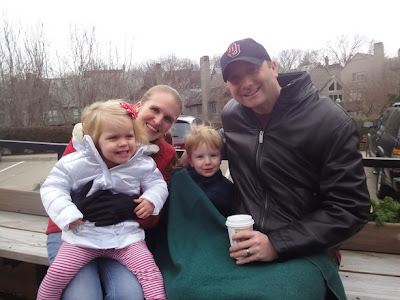 Then, it was time to go down to the gym to get a balloon present made from the balloon elf and to dance on the stage. The first pic is what the balloon elf gives to kids who allow him "artist's choice". It was a "carrot" sort of hat and it was hilarious. The little boy swatted at it for quite awhile while his older brothers played with their swords. Too funny. 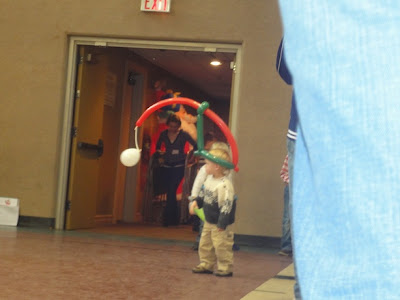 Larkin had trouble deciding between a few of her favorite things right now: a helicopter, a butterfly, and a reindeer. But she ended up asking the balloon elf for a helicopter and she was so pleased with her choice. The elf put the helicopter on a stick for her so she could fly it around and she loved it! She then took it up on stage (after a singing performance was done) to dance with a few of the other kids. Larkin thinks dancing and jumping are synonymous so she did a lot of jumping that day! Below are a few video stills so you can see her helicopter, but you can check out the video to see it flying (and her dancing/jumping) in action! Enjoy! 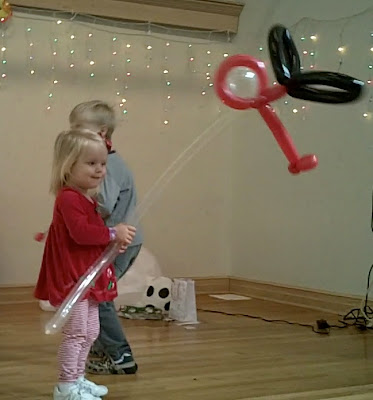 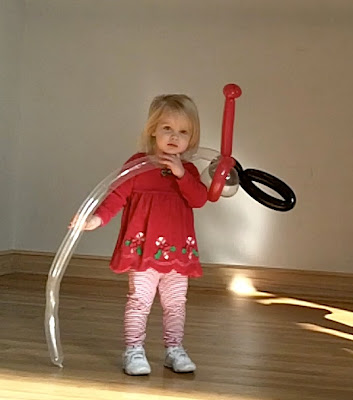 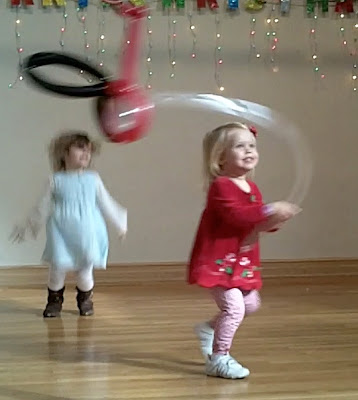